And most importantly you, our, family, friends, fans, listeners, readers and rockers.

In 2018 while the world around us was circling in a political hurricane we were very much at the calm centre, battening down the hatches, taking stock of whats coming next and where to go. We’ve been around long enough to appreciate that years like 2018 happen, we went a bit quiet if you like but we spent a lot of time reflecting and the latter part of the year discovering that our love for our music had not waned. We have our 25th anniversary coming up and we’ve been trying to put all our history together, we’re getting there, once its done we can look forward. 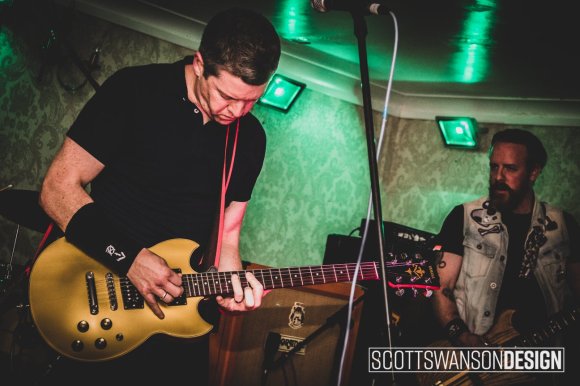 In January we faced a huge hurdle, we were faced with losing our beloved practise room that we had spent over two decades writing and recording in. One cold winters day Stu and I had returned after the festive break to finish our EP Everyday Heroes only to discover it was invested with vermin. Sadly we had to wave goodbye to the room as the risk to our health wasn’t worth it. Thankfully we moved to a new location but for a couple of weeks we really did wonder where we would go. So I’ll take this moment to say a huge thanks to Beany (Fraser Law) for letting us call the room home for so long. We even had our own keys and could spend as long as we wanted there. I hope he gets it back on track some day. 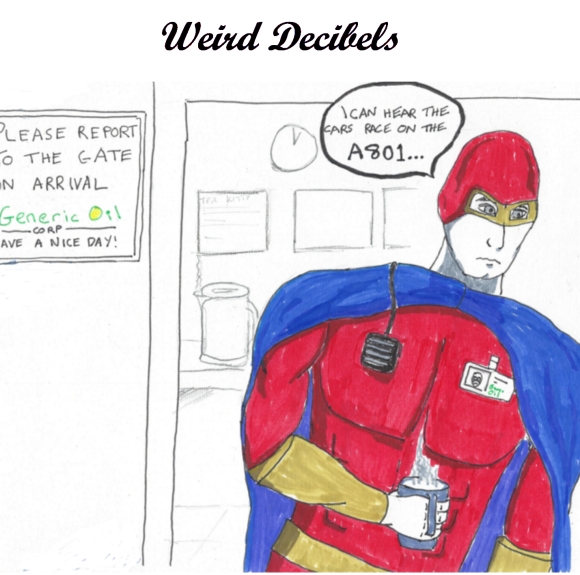 A801 was the second lift from the EP and we released this video in January.

In March Quiet Act turned ten, the story of that album is here: Quiet Act 10 years on.

Prior to the release of Everyday Heroes we rated all our recordings and it led to some interesting results in the following posts:

We went along to the RiFF showcase, while we were not playing it was still nice to be involved. Its hard to say what will happen to this movement. I’m sure it will return.

In April we played a covers set for the first time in a while at the Larbert Beer Fest. It was fun, although I was far too sober… We had also settled into to our new practise room and started to write new material.

On the 11th May we released Everyday Heroes a four track EP that we are rather proud of.

The reflection continued as we looked back to Our First gig. Martell. 17th Aug 1995

Pabs put out his 8th solo record A Chorus of Lawnmowers

We played a great wee gig at Montys in Dunfermline and we met some new friends while we were out there including Kirby and his band The Other Side. Kirby came to the rescue when he loaned me his amp to get through the show after the venues cab blew.

Gee Force radio played us for the first time. Andy Gee was one of a few presenters who have played our music this year, our good friend Tommy Clark of Third Class Ticket gave the EP a spin. We thank you all!

In August we were due to play at The Big Picnic at the Helix but the dreaded Sma’ rain put that gig to bed and it was cancelled.

On the 23rd of September we played at an old haunt of ours, the Windsor Hotel with our great friends the Buzzards of Babylon. We had no idea that this was the last time that we would be playing alongside Rab Dempsey who announced that he was leaving the band. This was a bit of a shock but we hope that we will see him on stage again.

We had a wee look back at studios we had recorded at. It’s not something we normally do as we have our own setup (for better or worse) however we are heading to a new studio in January 2019.

Studios in which we have recorded part 1. Split Level

Studios In Which We Have Recorded part 2. Split Level ’98 (2nd session)

Studios In Which We Have Recorded part 3. Red Eye Studios (1999)

In December we found ourselves on more radio shows, Moment of Eclection with Rockerbob and Banks Radio Australia  a huge thanks for playing us.

So that’s 2018 then, a fairly quiet year? Yeah maybe but things have been happening while we’ve not been looking. All these brilliant radio shows playing our music has kept our name out there. The latter part of the year has seen us strip down some of our best songs to acoustic. We’re really encouraged by these sessions and we will be recording live in January 2019. So while the world around us is unsure of where its going; we have a few goals next year, bring on 2019 and a new album to distract us from all the bedlam that’s coming our way…