Creatively it has been a difficult couple of months. September Stu, Greg and Derek all had holidays in far away lands. So not much got done. I used September to nail the mixes of The Lost Tracks, three songs we did not use on Weird Decibels 1. More on those in another post.

As we enter October we have had a look back on the writing of Decibels 2, we have a few that will go all the way. Some are going to fall by the way side. It happens, however this time we are recording everything so there will be plenty for future bootlegs!

Stu came out with a cracking riff at the end of rehearsal two weeks ago. I had nothing to offer the song, it was late and I had lost the creative spark. However a week later I had taken the riff and found fresh impetus. There is no title as yet for the new creation but fingers crossed it will survive our ever increasing scrutiny.  We have decided not to set any dates for the recording of the album however we will have to draw a line eventually as lyrically its important to get songs from the same era. (songwriters will know what I mean!)

2. I Hope it Rains On Your Parade

3. Standing on a Viewpoint. 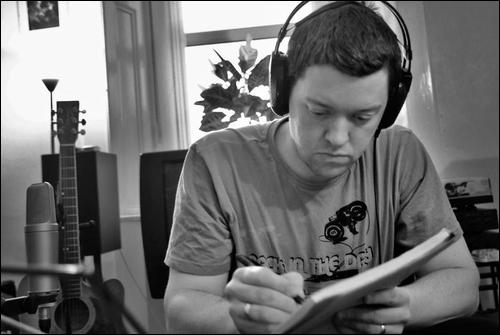 One reply on “Writing September, October 2013”

[…] September 2013 writing was becoming stagnant, however Stu had a new riff that we were attempting to put some music […]